Last night my wife and I had the honor of being at a celebration for Rabbi Myer S. Kripke's 100th birthday.

Over the last 10 years it has been one of the most distinct privileges to have a relationship with this sage of Israel.  Although I joke and call myself the chief Rabbi of the State of Nebraska, the truth is that Rabbi Kripke is the man who really deserves that title.

Rabbi Kripke is famous for a number of reasons.

He is the father of the world famous philosopher Saul Kripke.  According to many, Saul Kripke is among the most important philosophers of the last 100 years.

Also, Rabbi Kripke's late wife, Dorothy Kripke, was the author of the children's book Let's Talk About God.   Dorothy Kripke's book has been translated into over a dozen languages and is still considered a classic book and one of the best books to begin a conversation with children on this very important subject. 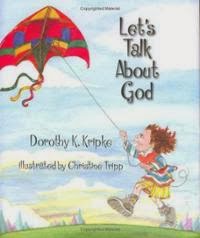 In his own right, Rabbi Kripke was a pulpit Rabbi at Beth El Synagogue here in Omaha for 30 years. He was ordained in 1937 at the Jewish Theological Seminary in New York and is probable one of the last living students of Mordechai Kaplan when he was there.  Rabbi Kripke was a scholar who has authored (and continues to author) countless articles on Torah and a book called Insights and Interpretations.

Purchasing a share of Berkshire Hathaway is like purchasing a diamond.  The shares pay no dividend so as they rise in value the owner does not earn any money unless the shares are sold.

Over the years, as his net worth soared, Rabbi Kripke never boasted about his wise investment.  In fact, I wonder if he told anyone other than his wife.

After 30 years as the Rabbi of Beth El he retired and continued to live with his wife in Omaha.  His life style never changed.

In the mid 90s Rabbi Kripke made his first multi million dollar charitable donation.  It was to the Jewish Theological seminary, where he earned his rabbinic ordination and met his wife.  When he and his wife got married they did not have much money between them.  The seminary hosted their wedding in the courtyard and Rabbi Kripke had said that the gift was to repay them for their kindness.

Since then Rabbi Kripke has given away millions of dollars to dozens of institutions.

After his beloved wife Dorothy passed away he moved into the Rose Blumkin Jewish Home here in Omaha where he lives until this day.

The Talmud teaches that when a person passes through a new place it is proper to seek out and visit the Torah scholars and the righteous people who reside in that town.  Whenever I have guests come to visit Omaha, the very first place I take them is to meet Rabbi Kripke.  He qualifies as both.

Like Avraham's wife Sarah, Rabbi Kripke is 127 years old when it comes to learning.  He is 100 in his vast breadth of knowledge from a century of experience and ceaseless study.  He is like a young 20 year old Yeshiva student with regard to his keen and acute analytical mind, and he is like a boy of seven years old in his excitement and enthusiasm to learn new things.

In life we are all tested.  In Hebrew these kinds of life tests are called nisyonot.  Among whatever other tests God put before Rabbi Kripke, one of them was the nisayon of wealth.

Everyone wants money, but those who have achieved great wealth have learned that it comes with a heavy burden.  And while we all laugh and say, "that is a burden that I would love to have!" - there are certainly worse things to be burdened with - wealth is a burden none the less.

Money, like any great blessing, has the potential to change people.

I think that all who know Rabbi Kripke would attest to the fact that Rabbi Kripke confronted and conquered the nisayon of wealth.  He acted as if he was simply the custodian of money given to him by God with the express purpose of helping others.

A meeting with Rabbi Kripke is a lesson in true humility.  He is a paragon of this most important character trait and his example is one that we can only hope to emulate.

Happy Birthday Rabbi Kripke.  May Hashem continue to grant you health and happiness.  May your family continue to join together for happy occasions.  And may our Omaha Jewish community and the entire Jewish people be blessed to have you as our Rabbi for many years to come!.
Posted by Jon Gross at 10:09 PM