In 1984 Jerry Seinfeld performed at Yeshiva University.  Rabbi Neil Fleischmann told me that because he was not so famous at the time he only attracted a small audience.  (His opening line was "wow, Yeshiva University.  I am not sure if I should do my routine or my haftarah!")  Years later when Seinfeld achieved superstardom, those who went to hear him and had a chance to meet him personally remember fondly how they knew him when.

Last week Beth Israel had the privilege of hosting the great Jewish scholar historian Dr. Marc Shapiro.  I truly believe that those in Omaha who came to learn from him this past Shabbat will one day recount how they had an opportunity to hear and meet Dr. Shapiro before he was world famous.

Dr. Shapiro is the chair of Judaic studies at the university of Scranton and has written numerous books and articles on Jewish history, philosophy, and theology.  (wikipedia)  He is considered by many to be one of the fastest rising stars in the world of Jewish historical scholarship. 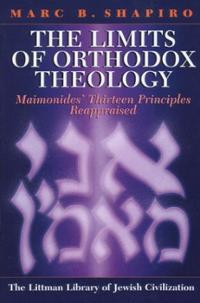 I have been a big fan of Dr. Shapiro's writings for some time through his books and articles.  He is a contributor to the seforim blog and a lecturerer on Torah in Motion.

He also does historical trips in Europe.  Anyone who signs up through Beth Israel can get a $200 discount.  Check it out!

It was really thrilling for me to be able to get to know him in person over Shabbat.
When he speaks he does so much more than just convey information.  He expands your mind and challenges you to think more.  After the lecture you not only know more, you are qualitatively smarter than you were before the lecture.

Dr. Shapiro is a wealth of information on any area of history and he delivers his information in a clear and organized manner.  He never sensationalizes historical figures.  He does not indulge in anecdotes but rather presents historical figures only through their writings and the direct impact that they had.  His approach is never speculative.

Dr. Shapiro is brutally honest in his presentation of significant Jewish personalities, which to a large degree include venerated Rabbis.  This has made him somewhat controversial.  He presents them and their philosophies in full.  He presents the strengths and weaknesses of their works and thoughts.  He does not shy away from presenting ideas, rulings, or actions that may appear to us as absurd or sometimes even immoral in hindsight.  But he is always respectful and he gives us a full historical background so that we can understand these great men in the context in which they lived.  He shows that if we were faced with the same tensions and challenges that they faced we may have made the same mistakes.

He presents information objectively, but does not remain completely objective.  He presents conflicts and tensions between different schools of thought of great thinkers of the past.  He pits two conflicting ideas against each other and shows how those tensions are still relevant today.  He lays out the calculus of the equations presented by moral dilemmas, explains the costs and benefits of both schools of thought, and usually courageously opines as to what he thinks is the right course.  These views can always be applied to modern tensions and always leads to stimulating discussion.

As an example, on Friday night he spoke about Orthodox Judaism's response to non-Orthodox Judaism in Germany in the 19th century.  At the time the Orthodox leader in Germany was the great Rabbi Shimshon Raphael Hirsch.  Hirsch is famous for his advocacy of Orthodox Jews engaging in the modern world and is referred to by many as the father of modern Orthodoxy.

Lesser known was his strict position on Orthodox separatism.  He believed that the Orthodox in Germany should separate themselves completely form the non-Orthodox community.  At some point he went head to head with Rabbi Seligman Baer Bamberger who at the time represented the more traditional Orthodox approach.  Rabbi Seligman was opposed to the Hirshian attitude of engagement in the modern world.  While is was expected that Rabbi Seligman would side with Rabbi Hirsch on the issue of separatism, ironically he was not in favor of Orthodox Jews seceding form the general community.  Dr. Shapiro suggests that Bamberger's leniency on this issue stemmed from his stringency in other areas.  Bamberger and his followers acted so vastly different from the Reform Jews so he had no fear that the Reform would have a great deal of influence.  By contrast, the more "modern" Orthodox were similar in many regards to the Reform Jews and Hirsch felt that mingling and coexistence would have a negative influence on his followers.

In his defense, Hirsch countered in a letter to Bamberger that had Hirsch's philosophy been around two generations earlier there would have been no Refrom because the traditional Orthodox model presented Jews with a false dichotomy where they had to choose between either the secular world or the Jewish world.  Seemingly, Reform presented them with the only alternative.

On Shabbat Dr. Shaprio spoke about the great early 20th century Rabbi Avraham Yitzchak Kook and his philosophy.  He outlined the major points of his philosophy and showed how it is relevant today in Israel and throughout the Jewish world.

But he also presented some critiques of Rav Kook's philosophy.

Rav Kook believed that the non-religious atheist Zionists were really part of God's master plan.  Whereas they thought that they were building Israel for the sake of some socialist non-religious utopia, in reality they were just laying the ground work for the messianic era where everyone will recognize God.

While this sounds wonderful and inclusive, at a symposium in Israel in 1985 commemorating the 50th anniversary of Rav Kook's death, Rabbi Aharon Lichtenstein pointed out that this attitude is condescending and it negates people's thoughts, motives, and ambitions.  Dismissing people's true intentions and pretending that they are actually just working to serve your own agenda, even if they don't know it, is very disrespectful to others.  Better to understand your opponents and at least allow them the dignity of their own ideals, even if they differ from your own.

But as always, even when Dr. Shapiro presents critiques he does so with the utmost respect and it was clear that he indeed is a great admirer of Rav Kook.

On Shabbat afternoon Dr. Shapiro and I had an arm chair discussion where he took questions form the congregation.  He discussed a variety of topics including women in Orthodoxy, Orthodox attrition, and Orthodoxy's relationship with other denominations.

All of his answers were subtle and complex, yet clear and reasonable, and always positive and optimistic.

Regarding the question of Orthodox children leaving the fold, he pointed out that our generation has the lowest attrition of Orthodox youth than any generation since the enlightenment over 200 years ago.  At the beginning of the 20th century it was only a small minority of Orthodox parents that were able to pass traditional Judaism down to their children.  Today the percentage of children who maintain their parents tradition is overwhelming.

We had a large crowd from other synagogues who came to ask questions.  The recent New York Times piece about "The Orthodox Surge" was mentioned and the question of why Orthodox Judaism seems to be on the rise while Conservative Judaism - 50 years ago considered the future of American Judaism - seems to be in sharp decline nationally.

Dr. Shapiro mentioned half joking (and he said I could quote him) that if he were in charge of non-orthodox Judaism he would CANCEL YOM KIPPUR.  He explained that there is a large number of non-orthodox Jews who only show up for Yom Kippur services, a long and somber event.  This then becomes there only view of Judaism and they are not interested.  If they are only going to show up twice a year then let it be Purim and Simchat Torah instead of Rosh Hashana and Yom Kippur.  That way their view of Judaism will be joyous rather than somber.

He also openly discussed his view of Orthodox women Rabbis, saying that he thinks there is no problem and there is long historic precedent.  He thinks, however, that changes must be implemented in modern times in a more organic and natural way, rather than imposing ideas or institutions on a community that may not be ready to accept them.

A highlight of the weekend was taking Dr. Shapiro to meet with Rabbi Kripke at the Blumkin Home.  Rabbi Kripke, Hashem should bless him, is now 99 years old, and occupied a time in history that Dr. Shapiro studies.  He was ordained by Professor Louis Finklestein at the Jewish Theological Center in 1937.  He was also a student of Mordechai Kaplan.  Dr. Shapiro got to ask Rabbi Kripke all sorts of questions about his experiences and encounters with these and other notable historic figures.  It is always a great privilege to hear Rabbi Kripke talk about his past.  May he be blessed with many more years of good health!

Having Dr. Shapiro here in Omaha was really a great treat.  I hope that we have an opportunity to host him again someday.
Posted by Jon Gross at 10:30 AM